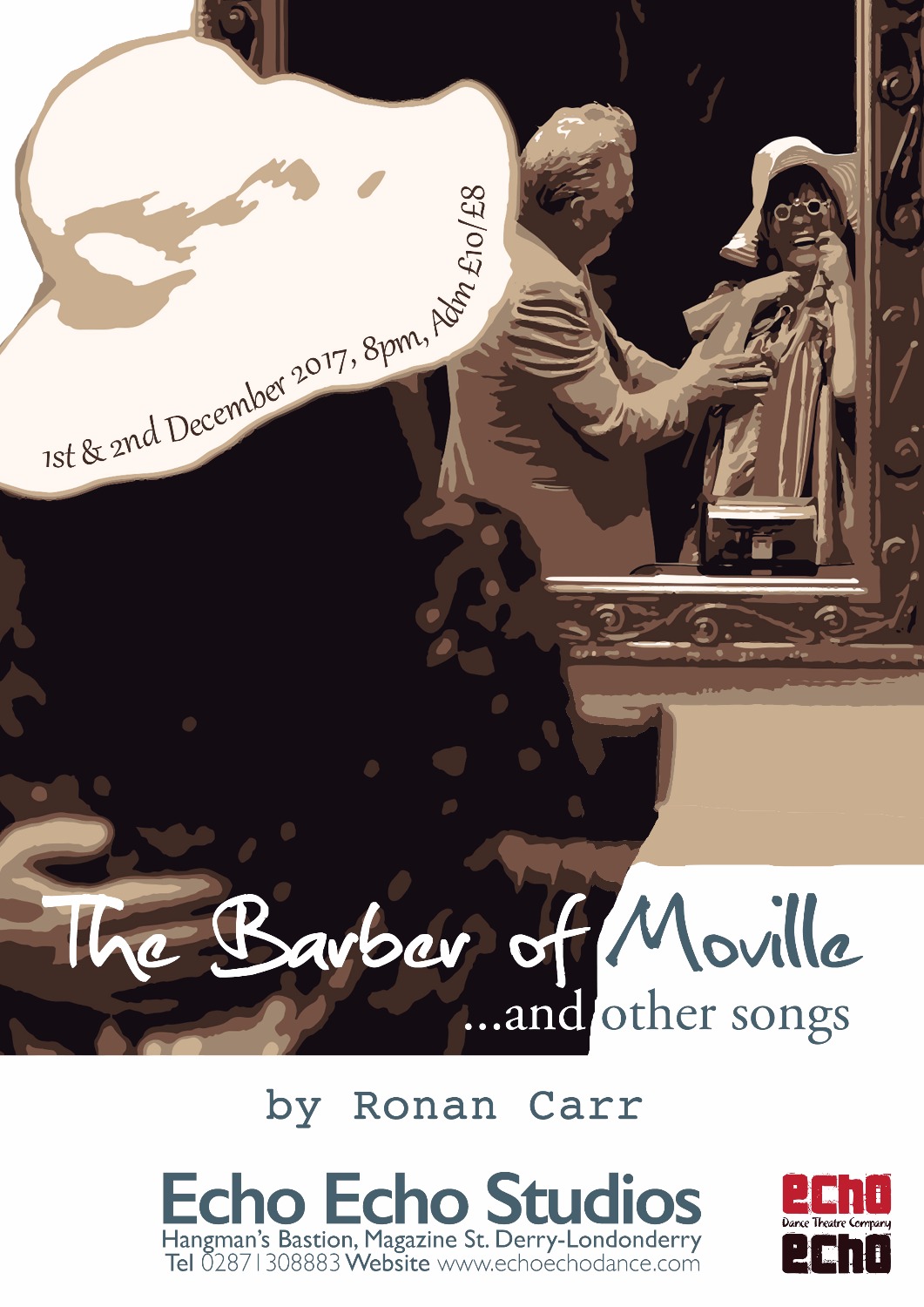 An evening of comedy, songs and drama inspired by recent events in the mind of Ronan Carr.

Presented in a cabaret setting- it’s bring your own bottle, so you can sit back and enjoy something new.

With Anne Gallagher and Ronan Carr.

Written and directed by Ronan Carr.

Ronan Carr has written several radio plays for RTE and wrote and appeared in feature Films and TV such as Standby, Red Rock and Rewind. He has also won awards for his short film, “Coolockland” and is currently in post-production for his debut feature films called “The Prince of Pies”.

Anne Gallagher an acclaimed actress has worked on the stage in Dublin and the northwest in many productions. Most recently she has been seen in “Waving not Drowning - The Mental Health Roadshow” and “Blinkered” by Sole Purpose Productions.