14th April The Cube, NUI Galway 6.00pm-9.00pm
Come and meet Echo Echo artists and learn about Contact Improvisation ahead of the first Echo Echo Contact Festival in May... 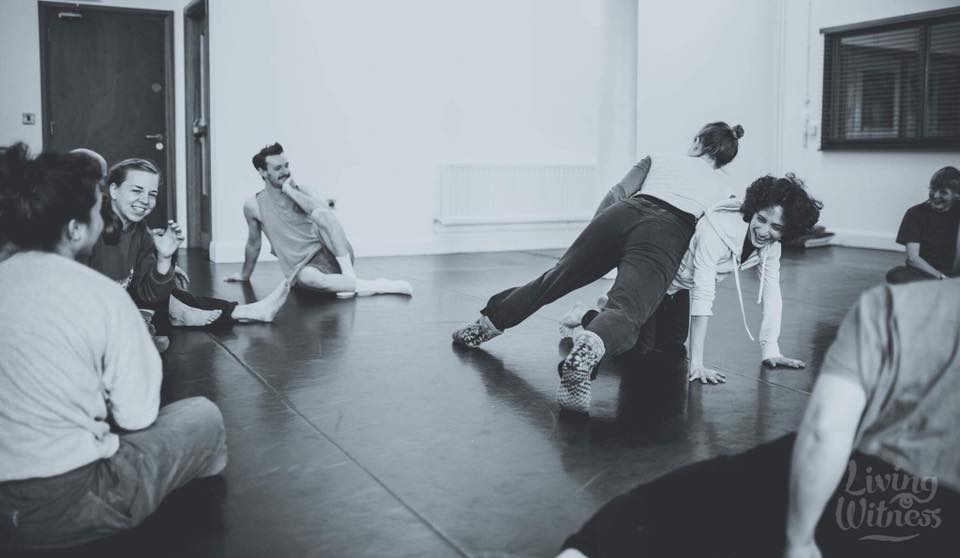 From solo into duet. A gentle process of moving into contact. We will explore ways of leading, following and travelling through the space enjoying this spontaneous dance together.

I studied acting in Moscow at Russian University of Theatre Arts. After finishing my study I joined repertoir theatre in Moscow Malaya Bronnaya Theatre in 2007 at the same time discover contact improvisation. I've been regularly practicing Contact Improvisation since then, participating in workshops and festivals including Contact Improvisation Festivals in Moscow, Italy and Israel. From 2011 till present I work with Echo Echo Dance Theatre Company as a performer, teacher and director. I'm very interest in Contact Improvisation as it allow to compose instantly using a very rich movement material, that relates to our everyday 'ordinary' life in a metaphoric way.

Zoe Ramsey is currently an ensemble member of Echo Echo Dance Theatre Company performing in a wide range of artistic projects including The Cove (2017), Walk By (2016), Lost in Frost (2016), Ludo Lusi Lusum (2014), Motion Ensemble (2013), Without (2013), The Chess Piece (2010) to name but a few. Zoe teaches regularly and works with adults and children of all ages including Echo Echo’s Moving Schools projects. Zoe graduated from Falmouth University with a BA Hons in Dance Performance. Since graduating she has practiced different movement forms such as Corporeal mime, masked theatre and different martial art practices. Zoe has been performing professionally since 2010 with Echo Echo and other companies such as LUXe Processional Theatre Company.