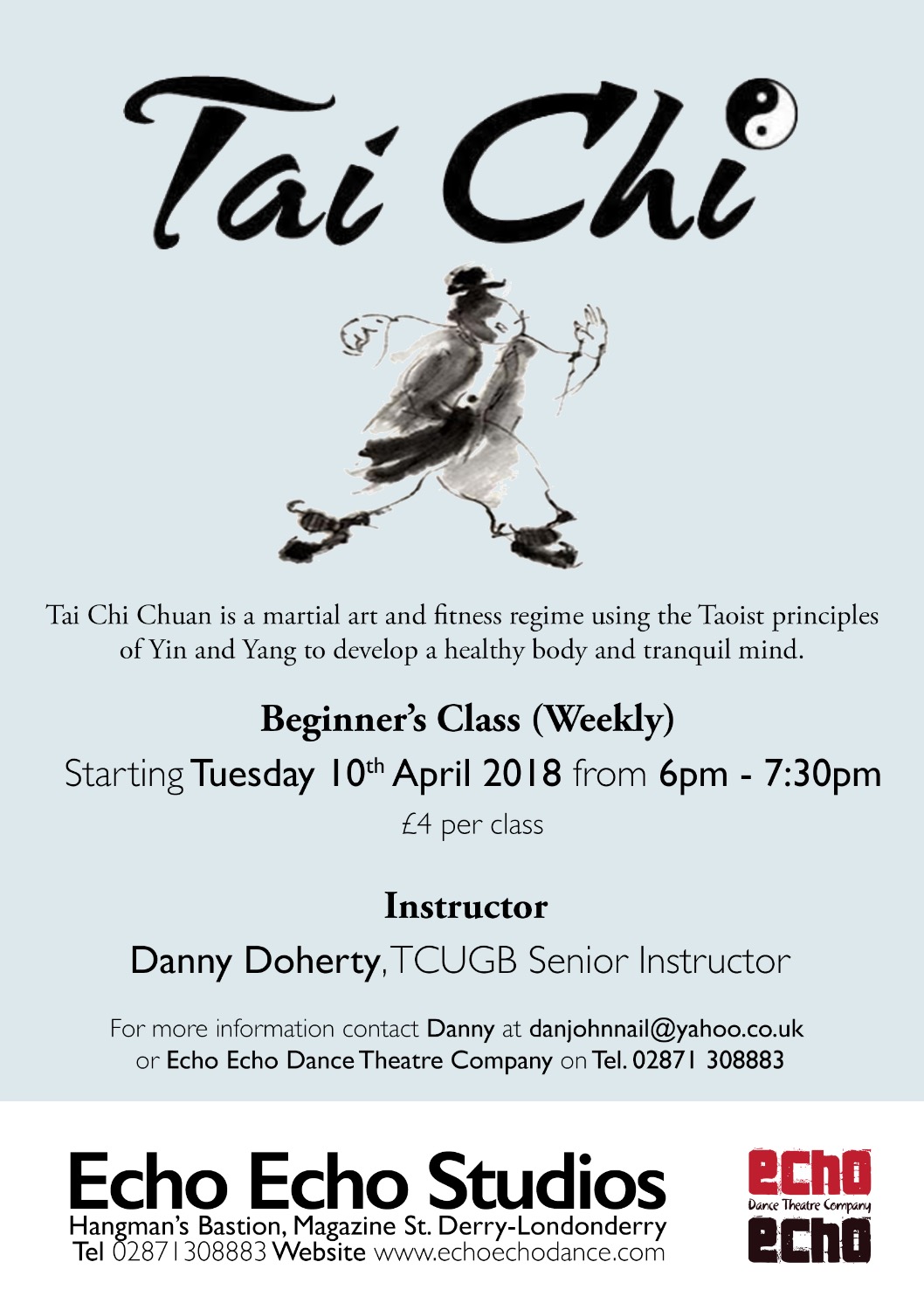 ‘Tai Chi Chuan is a martial art and fitness regime using the Taoist principles of Yin and Yang to develop a healthy body and tranquil mind’.

Tai Chi initially involves training the body in movement by learning postures, exercises, forms and drills; through this you learn to focus the mind and develop intent. Next you explore coordination of the external postures and movement with the internal, to develop respiration, circulation, vitality and spirit. Regular tai chi practice relaxes the body, improves balance and coordination, and leads to better respiration and circulation.

Almost anyone can practice at least some aspect of tai chi. The most popular, or better known aspect of the art of tai chi chuan is the hand form, a set of moves preformed in a slow, flowing and relaxed manner. The other four aspects of TCC are, Pushing Hands, Self-defence, Weapons, and Internal Strength. In addition to these five aspects there are the other drills and training methods, for example, Chi Kung routines primarily to energize the body and maintain health, even if the tai chi hand form is a complete chi kung routine in itself.

There are many styles of tai chi chuan including, Yang, Chen, Sun, Hao, etc. The style offered here is essentially Wu style as developed by Cheng Tin-Hung (Hong Kong), Ian Cameron (Edinburgh), and Dan Docherty (London and throughout Europe). If checking it out on YouTube, this Wu style tai chi chuan will be found under, Wutan, Wudang, Practical TCC, and Wu Cheng.

In this beginners class you will learn –