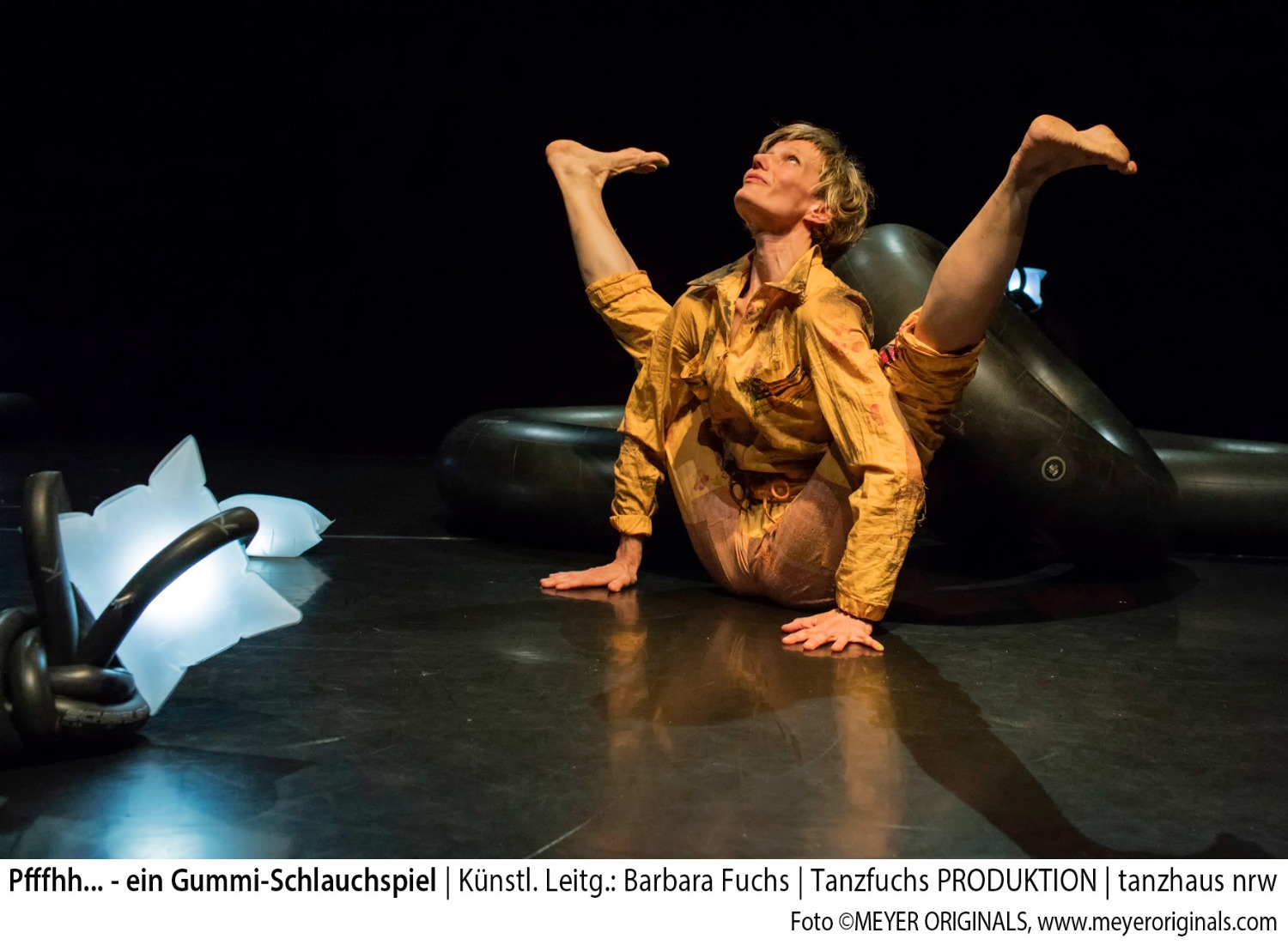 Bicycle tube snails, tyre-furniture, air pump-kisses and in the midst of all is a dancer who moves as if made of rubber. Seemingly boneless and rather flexible the rubber girl moves through her own world. Here everything can be twisted, squashed, blown up and formed. Everything squeals, gnarls and pipes. Pffhhh!

Choreographer Barbara Fuchs created Pffhh not only to test the elastic potential of rubber in its various manifestations but also the elasticity of dancer Emily Welther. Music by composer Jörg Ritzenhoff.

Emily Welther (Performer and Choreography Assistance) was born in 1979 in the United States. She got on "Experimental Theatre Wing" at New York University and a degree in theater at the University of Arnhem, The Netherlands (formerly European Dance Development Center) a diploma in dance / choreography. As a dancer she has worked with various choreographers such as Katja FM Wolf, Ilona Pászthy, Angie Hiesl, Rolf Dennemann and Silke Z. She also has been dancing since 2005 as a member of the ensemble with "Echo Echo Dance Theatre" in Northern Ireland. 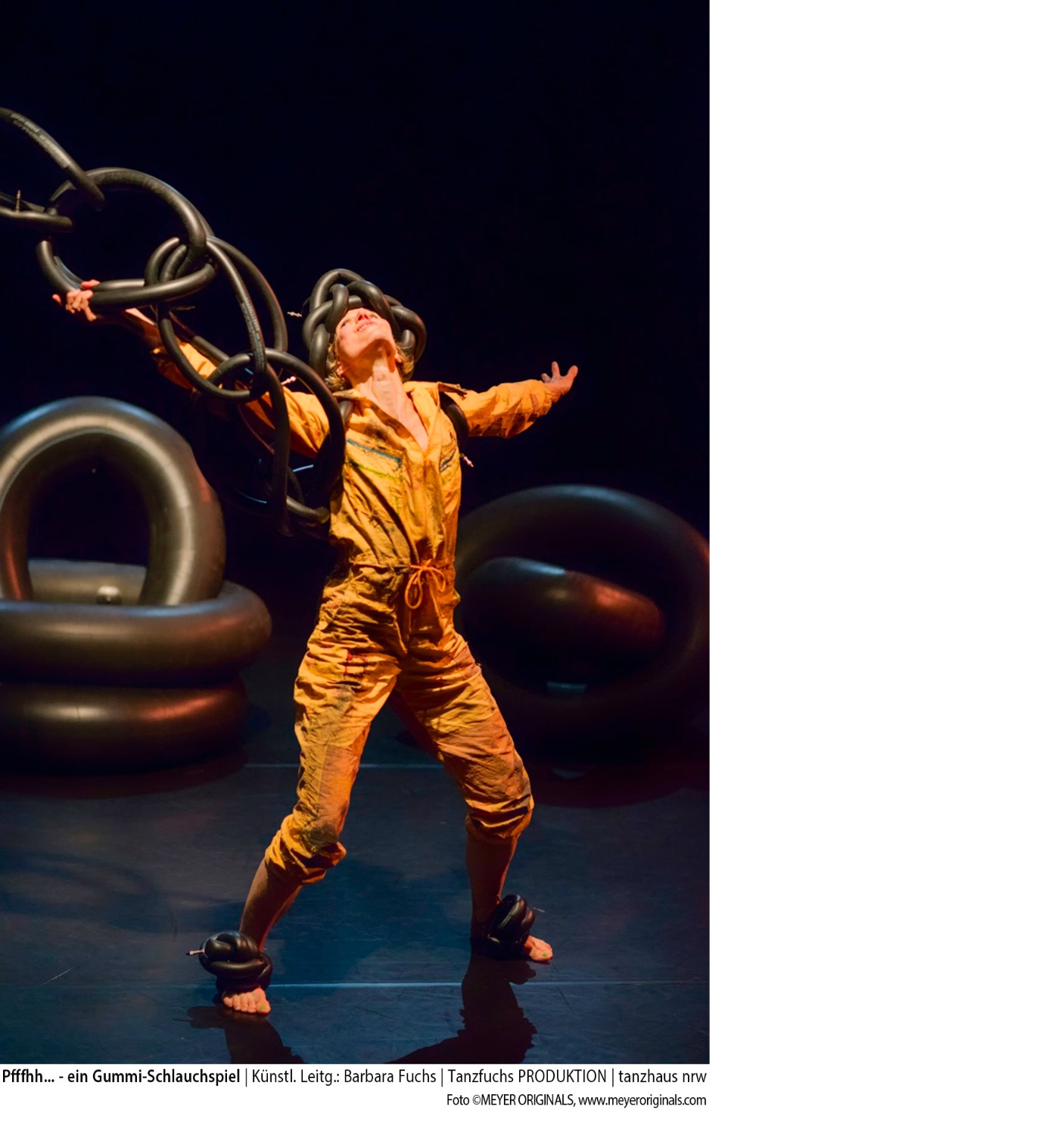 Alternatively please get in touch with us:

Discounts for larger groups may be available by prior arrangement. Please contact Echo Echo Festival box office 02871308883 in advance.

Our sincere apologies - still no wheelchair access at Echo Echo Studios due to technical defect with platform lift, despite our best efforts. Several Festival events are programmed in other accessible venues and locations. Please contact us if you have a specific access requirement or query and we will be very happy to help.