The supremely talented musical trio from Inishowen in County Donegal have a long history of collaboration with Echo Echo... 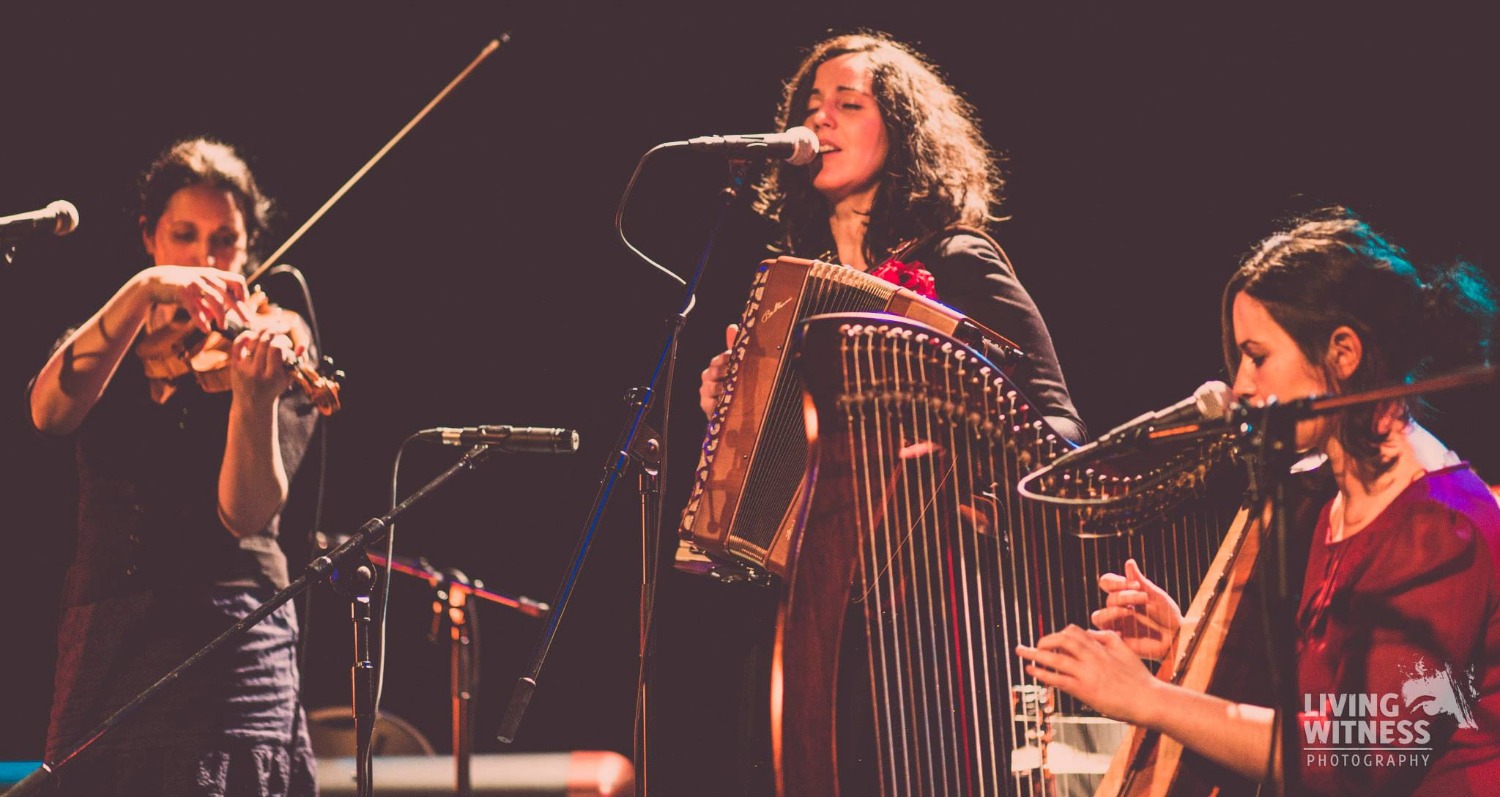 Echo Echo has worked extensively in collaboration with their close friends and colleagues The Henry Girls on a wide variety of projects and performances. The Donegal sisters’ career has really blossomed in the past few years with regular tours of Europe and the US and the launch of their albums Far Beyond The Stars (2017) and Louder than Words (2014), both of which have attracted extensive critical acclaim nationally and internationally.

The Henry Girls scored and performed in Echo Echo's production of Ripple Affect - an all female ensemble work that toured in Ireland, north and south, in 2009 and 2010.

Members of the Echo Echo Ensemble were delighted to feature in music videos for tracks by The Henry Girls and also to perform together at Pick'n'Mix Festival at The MAC Belfast (2012), All-Ireland Performing Arts Conference at Millennium Forum (2013), and the Louder Than Words album launch at An Grianán Theatre (2014).

As solo musicians, Lorna, Karen and Joleen McLaughlin continue to collaborate regularly with Echo Echo on performance and participation projects such as Motion Ensemble (2013), Echo Echo's Moving Schools projects in association with Donemana primary schools, the Two Ensembles Project at Echo Echo Festival of Dance and Movement (2018), Let's Play (2019-20) and Summer Splashes (2021) - to name but a few.