...a diverse piece of contemporary dance with a simple idea at its core - the power of touch and how a hug can affect and resonate... 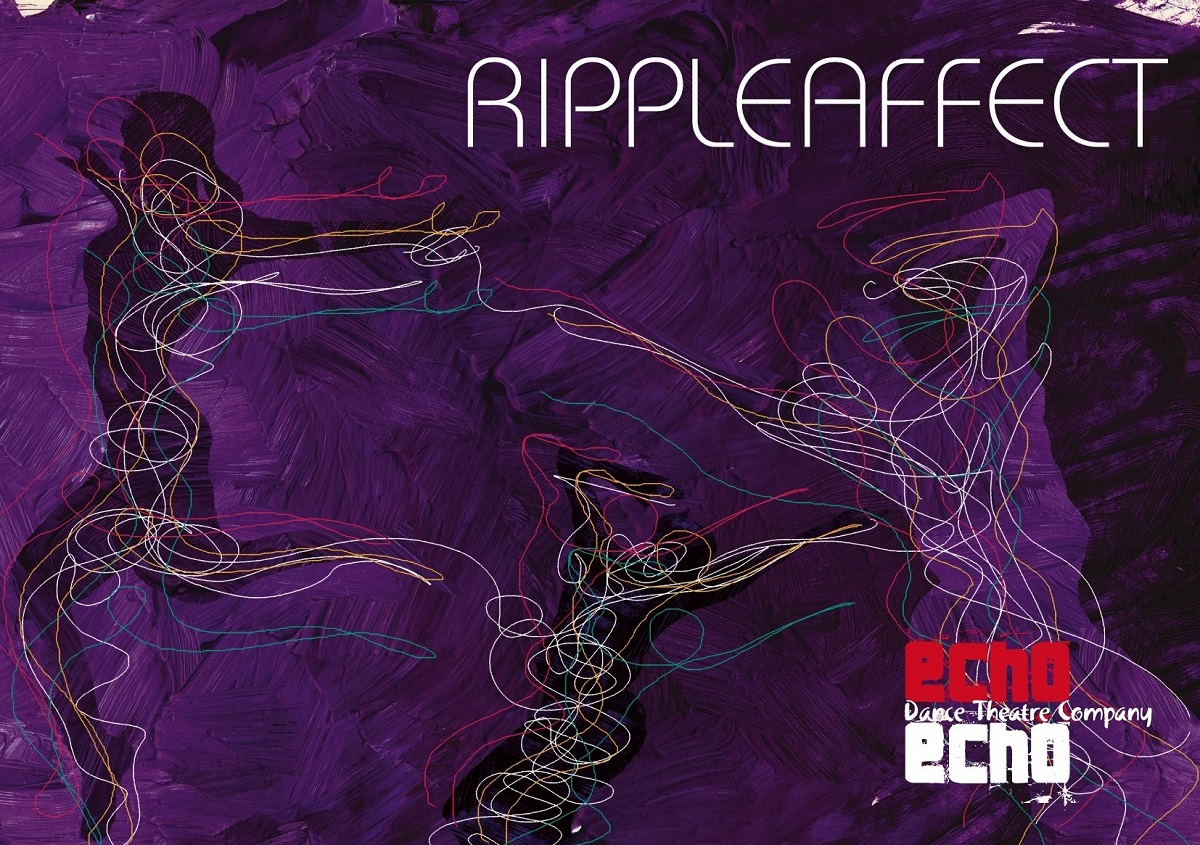 What do you do after you have been hugged, or hugged someone?

What resonates in your body and memory and where does that lead you?

Live music is performed by sisters Lorna, Karen and Joleen McLaughlin who make up Donegal based band The Henry Girls.

A hug is imprinted in your body. A hug from your mother as a child, a hug at a funeral, a hug before a long absence, a hug with a very old person…

Each leaves an imprint in your body. The imprint itself is memory. You can talk about it, write about it, explain it in words but it is the physical record, which is the primary experience. It has form.

There are associations and meanings in the skin, the flesh, the bones and the nervous system. You have desires to be held or to escape. You make offers of physical intimacy and respond to offers from others. There is a certain pleasure in visiting the feeling of loneliness as well as intimacy.

These memories and desires are the source from which Ripple Affect was made. It is a movement and music performance of about one hour in which memories and poetic possibilities ripple out in small and large waves connecting the world of form with the world of feeling.

Quotes from Critics and Audience

This is a diverse piece of contemporary dance with a simple idea at its core - the power of touch and how a hug can affect and resonate. A simple, affectionate embrace like the humble hug can go a long, long way, as Ripple Affect so eloquently proves.  Culture Northern Ireland

A meditation on intimacy and interaction that has a kind of bed-sit sincerity that is casual but heartfelt.  Michael Seaver, Irish Times

Five dancers and three musicians create an ambience that will soothe your senses and temporarily transport you to a place of light and love.  Culture Northern Ireland

It was just beautiful. Music, voice and dance all merged into a beautiful connection that touched my heart.  Audience member

I enjoyed the performance very much – really visual and imaginative. Great music, voices and loved the exploration of touch, joy and friendship.  Audience member

The Arts Council of Northern Ireland National Lottery Fund, Gilly Campbell, the staff at the Waterside Theatre, Echo Echo Board of Directors, Mark Willett, Ursula Laeubli, Majella Mailey and everyone who has supported this project. 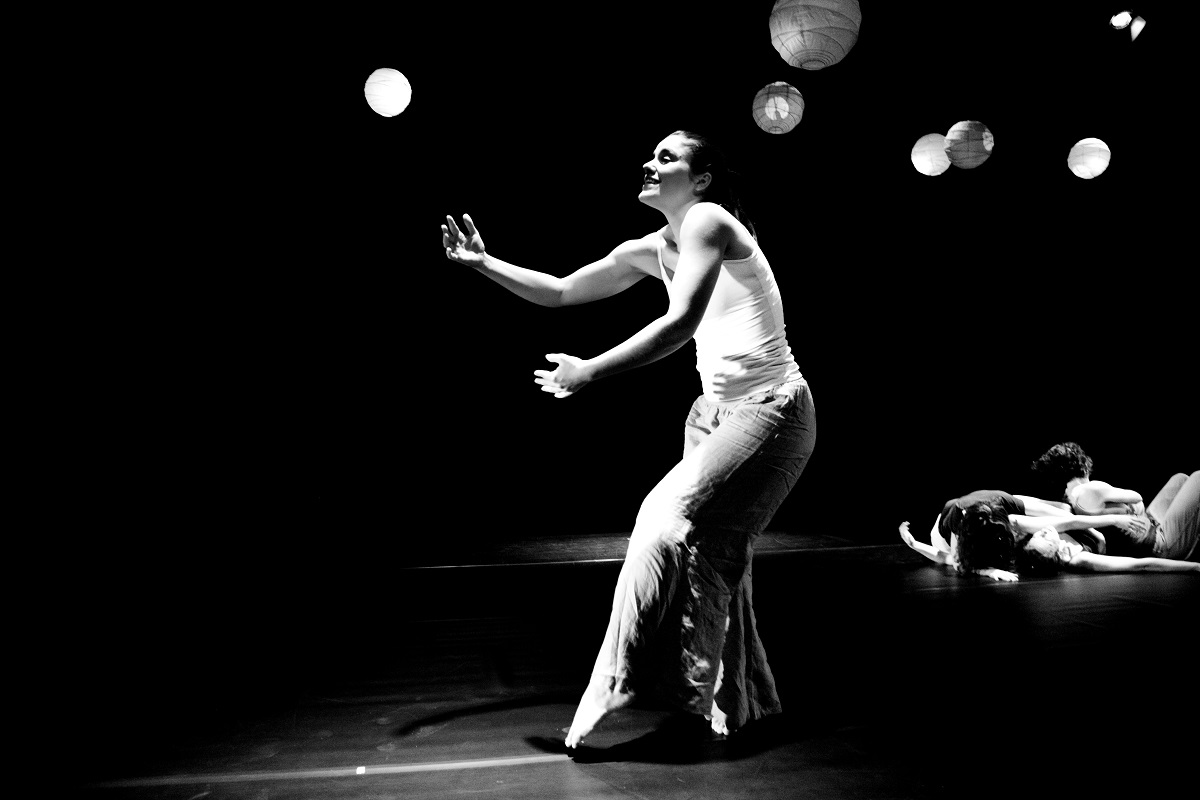 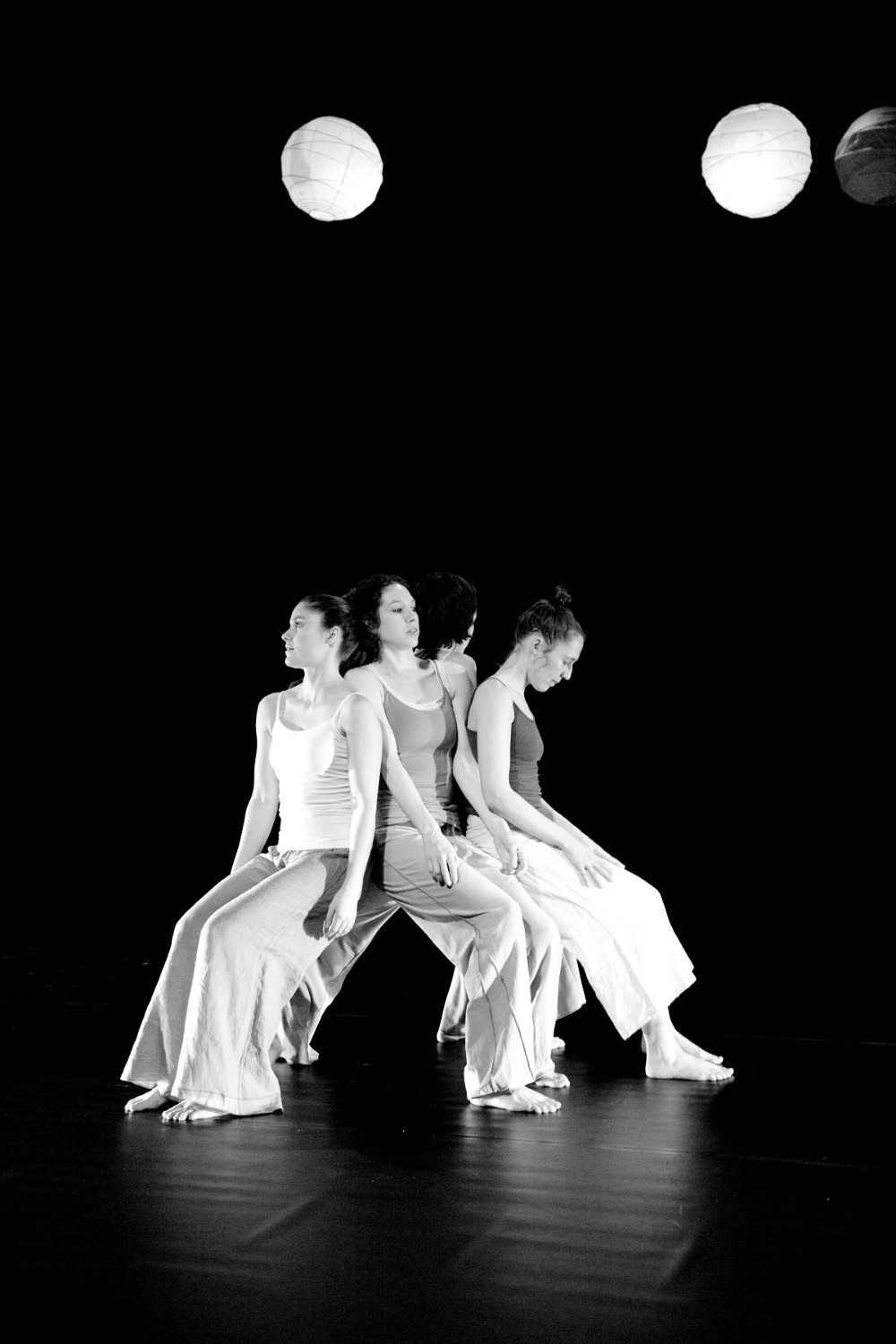 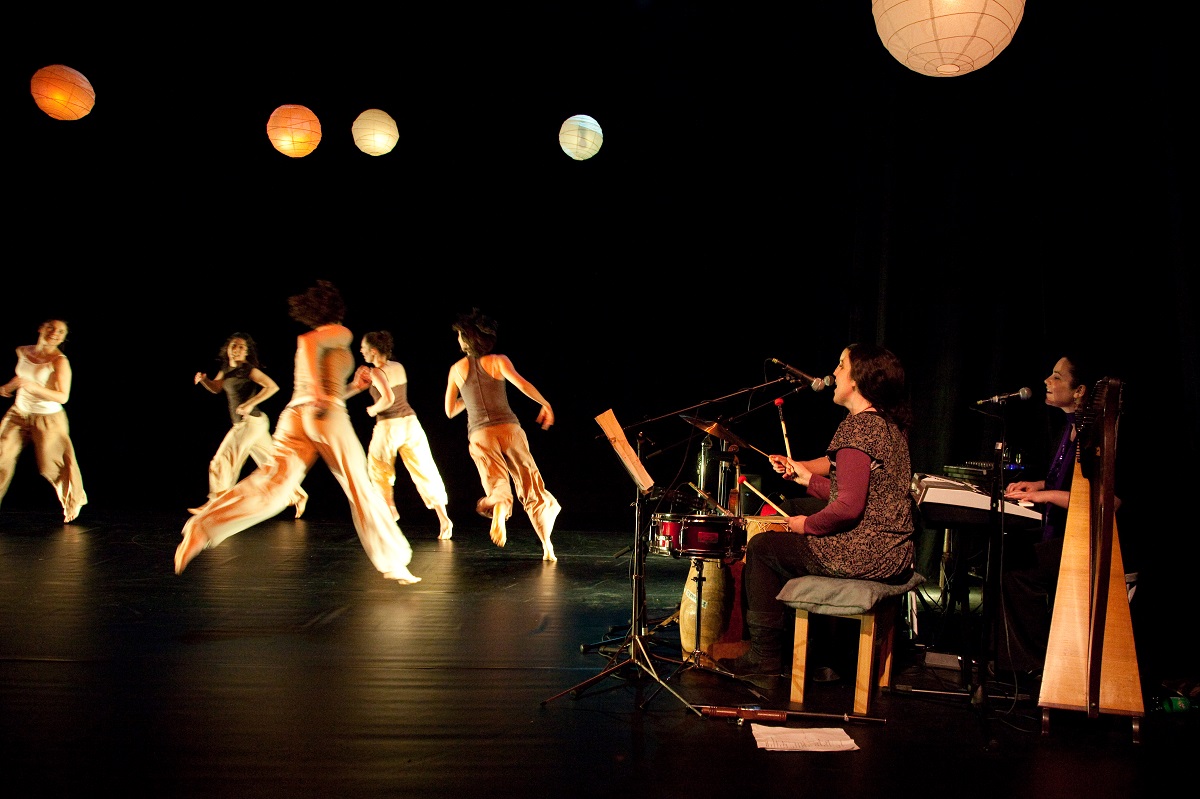