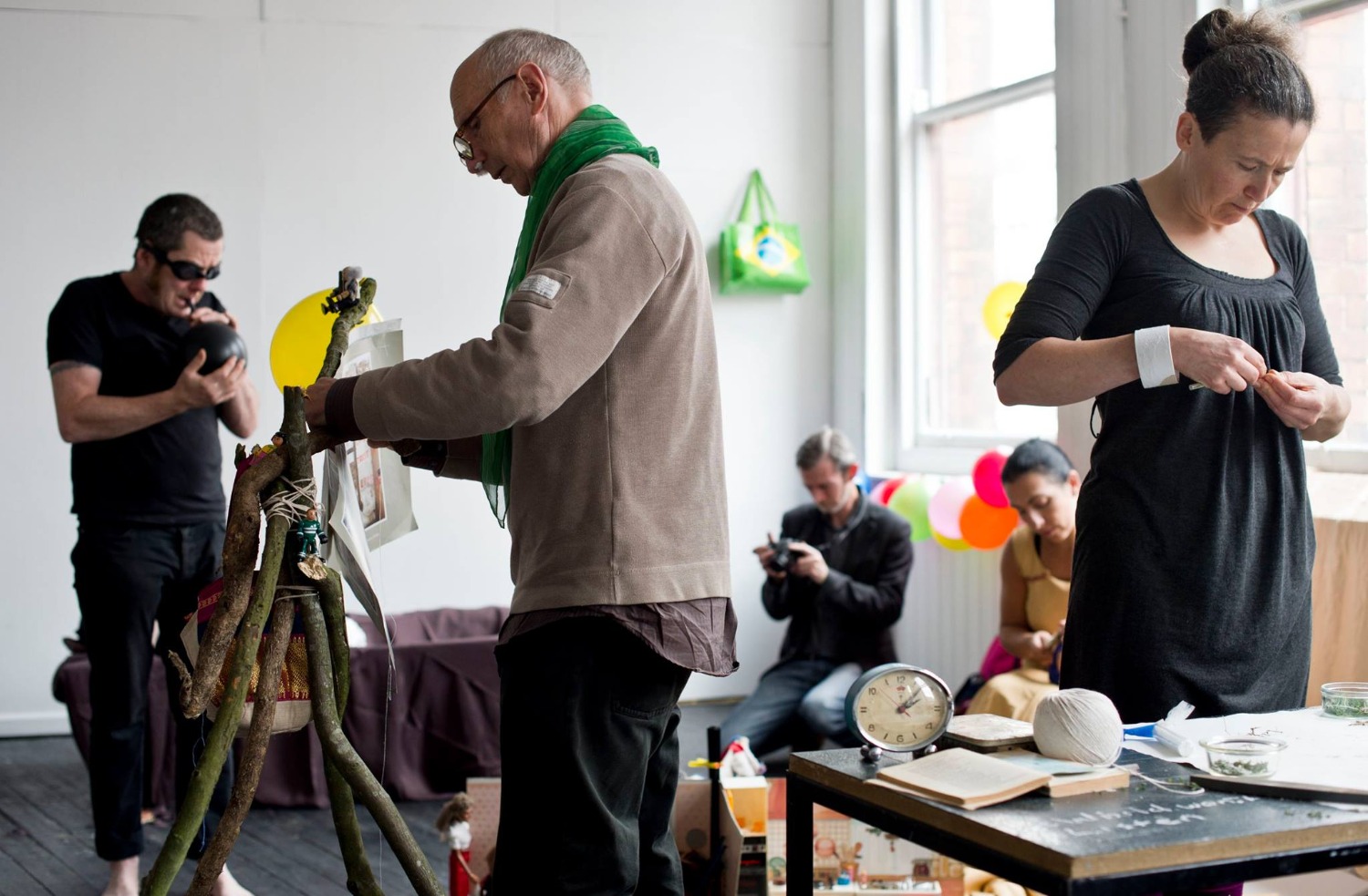 In January one person performed for one hour at Wedderburn Park, Belfast. In February, two for two hours, at the Yellow Yard, Derry, and so on.

December will be the final performance of the series, twelve people for twelve hours in the twelfth month. Throughout the year performances have taken place in various locations inlcuding Berlin, Newcastle England, and the Ukraine. Not everyone has been in the same place at the same time, although the performances have been simultaneous. On December 10th, gthough some coming from various parts of Europe: Poland, Belgium, Germany, all performers will be in and around the Echo Echo Dance Studio.

In the main the performers have been performance artists, although there have been musicians and poets; and December will include some dancers.

The artists initially perform their own ideas, using materials, voice, movement and objects - improvising throughout - and then through time become engaged with each other in collaborative exchanges. Time is their friend. It enables their thoughts, feelings, perceptions and actions to be expanded, developed and focused with precision, awareness and colourful attention.

This is an independent project in collaboration with Bbeyond Belfast.

All welcome, even for short spells (of magic), admission free.

Cumulator photo by Jordan Hutchings, at the September Cumulator at Pollen Studios and Gallery, Belfast

‘Keep the Faith, Keep the Folk’ by Joanne Barry and Anne O’Donnell

Tradition and Beyond: Workshop Programme

...and we all join in! - Culture Night at Echo Echo